Home Events The Best Carnival Celebrations Around the World

The carnival season has arrived and the world is bursting with colour, music and exciting costumes. If you’re looking for the ultimate carnival celebration, here are the top seven destinations around the world!

Carnival in Germany officially starts on November 11th at 11:11 AM, but the main festivities kick off on the Thursday before Shrove Monday, on what they call Weiberfastnacht (woman’s carnival). On this night, women have a free pass to kiss any man of their liking and/or cut off his tie so – boys beware! Each German region follows its own traditions; in the Bavarian town of Dorfen, people take to the streets clad in white night dresses and drive out the winter, which is represented by a wooden man who is set aflame on a cart during a ritual referred to as Hemadlenzn on Fat Thursday. Come February, the whole country goes crazy with Fasching-fever but the biggest carnival party is definitely happening in Cologne. Dancing through the streets to a chorus of jolly Alaaf´s – Cologne’s Narrenruf (“carnival cry”), – people in imaginative costumes join together each year to watch one of the largest street parades in Germany.

The Spanish famously know how to party and carnival is no exception. But the one city that stands out above all others when it comes to carnival celebrations is without a doubt Cádiz. Experience the hilariously sharp Andalusian humour through the songs of traditional carnival bands known as Chirigotas and Comparsas, and who knows – if you’re not too drunk you might even learn a thing or two about Spain’s current state of politics through their sarcastic lyrics. A major plus point for celebrating carnival on the Costa de la Luz is the fact that you won’t have to bundle up as warmly as you would have to in Cologne – temperatures are usually rather mild at this time of year. But if you should happen to catch a cloudy day not to worry – a plate of hot sizzling gambas will warm you right back up.

If you like shaking your booty to hot South American rhythms, Brazil’s carnival in Rio de Janeiro is for you. And if you’re not much of a dancer that’s cool too – there’s plenty to see here and all the beautiful people sparkling in stunning, undeniably sexy costumes will gladly do the dancing for you. The Rio de Janeiro street carnival attracts more than two million people on an annual basis and sees the cities’ Samba schools perform their own short stories through meticulously rehearsed and vibrant dance routines. The main event lasts two days and the biggest performances are held right outside of the Sambadrome and on Cindelandia Square; but you will find a bouncin’ party to join on literally every corner of the city

The oldest carnival in Europe dates back to more than 900 years ago and is best known for its world-famous, hand-painted masks. There is a historic culture behind every different mask style and not all origins are celebratory, in fact some are rather spooky: for example the Medico della peste – a beaked mask that was originally designed to prevent the spreading of the plague. The season begins with the costumed procession to St Mark where the “flight of the angel” is recreated:  this refers to the Turkish acrobat who was said to have walked from the Piazza San Marco to the St. Mark bell-tower on a rope in the 15th century; locals were so amazed by this achievement, it was quickly adopted as a traditional carnival celebration performed by various people throughout the years. Nowadays, stricter measures in safety are taken and “the angel” is lowered down from the bell-tower on a rope instead.

The New Orleans carnival starts long before its main event, the most highly anticipated party of the year: Mardi Gras (last Tuesday before Ash Wednesday). Parades already start a week in advance and they are an absolute must-see for all music lovers and good-time-havers. The vibe is truly intoxicating! The parades’ floats and routines are performed by local “krewes” who throw colourful beads (a lot of which sport the customary Mardi Gras colours gold, green and purple), and mascots into the partying crowd – not a bad souvenir to take home and brag about! If you want to get a taste of the music and the costumes that await you during the New Orleans carnival season, and get a sense of the strong community, the incredible people who pulled together after hurricane Katrina and continued to honour N’Awlin’s culture, check out HBO’s Tremé.

While most towns in Malta follow similar carnival traditions to the rest of Europe, the festivities in the small town of Nadur on Malta’s sister island Gozo, likens a Halloween parade. Though you will still see a lot of bright and funny costumes here as well, most people opt for grotesque and ghoulish outfits. People gather in town after sunset, adding to the eerie vibe. In Malta the main carnival parties can be found in Valetta and Floriana, where you can enjoy awesome street parades and marching bands. Don’t bother heading home to change after the parade – some bars and nightclubs won’t even let you in unless you’re still in full costume!

Often likened to Brazil’s carnival, the carnival celebration in Santa Cruz, Tenerife is the craziest, most expensive event of the entire year and almost lasts an entire month. Each year the festivities follow a different theme, with this year’s being “Caribbean”. One of the main events prior to the actual festivities is the election of the Carnival Queen. Women clad in extravagant costumes so heavy they rely on wheeled transportation to get them around, parade across the stage in the hopes to be elected by members of the jury. Ash Wednesday sees the strange tradition of the “Burial of the Sardine” when colourful decorations make room for a sombre vibe as a giant paper sardine is carried through the streets followed by dramatically crying widows. This parade, which sees many dressed as nuns, bishops and popes, mocks the rituals of the Catholic Church in true carnival style.

The Nice carnival lasts for two weeks and its street parades include a whole host of characters from the world of fairy tales, girls in exciting costumes, dancers from around the world, circus school performances and stilt walkers. Each year the floats follow a particular theme and are created by traditional artists using papier-mâché. The end of the festivities is marked by the “battle of flowers” which traditionally took place on the Promenade des Anglais.  More than 100.000 flowers are thrown from impressive floral floats and into the crowds of eagerly awaiting people. This year the “battle of the flowers” has been relocated from the Promenade des Anglais to the Promenade du Paillon out of respect for the victims of the 2016 Nice attacks. 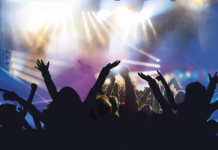 Experience the best nightlife in Europe in these 5 cities